SIBA Türk organizes a Ramadan Iftar for its members 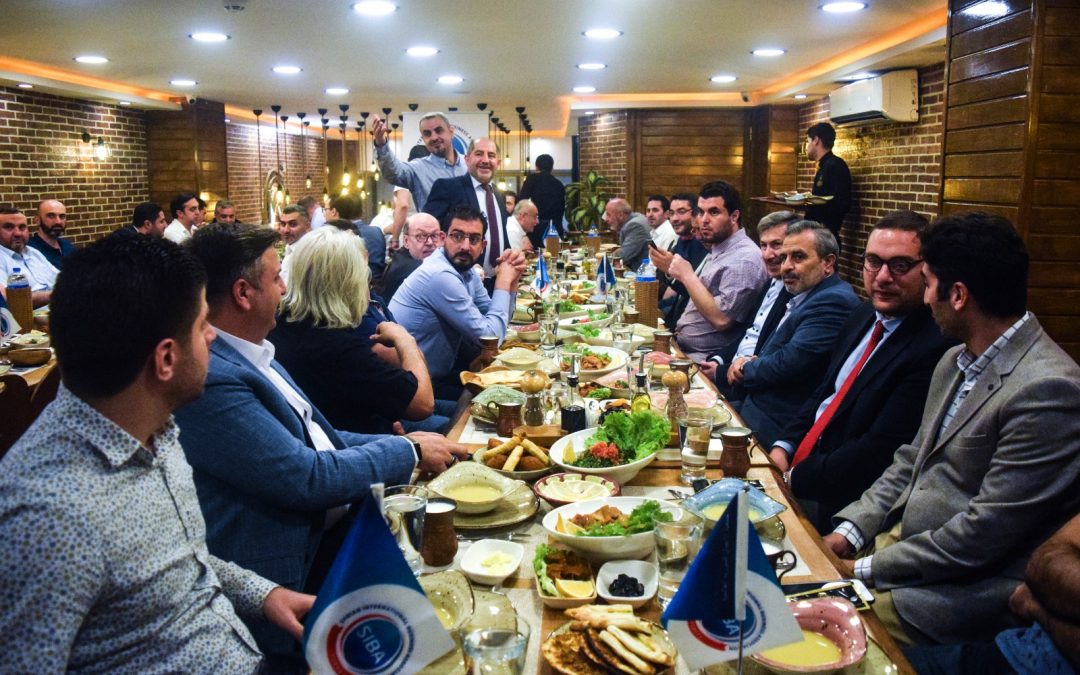 Siba Türk organized a Ramadan Iftar on 21/05/2019, attended by members of the association and some guests from partner associations, represented by businessmen from the Syrian community and the Arab communities in Turkey. The Iftar was held under the sponsorship of (Emove Lojistik nakliyat ve dış tic.ltd.şti,) represented by Mr. Jihad Korani, a board member.

The event started with a welcome speech delivered by the Chairman of the Board of Siba Türk , Mr. Mahmoud Osman. During which he welcomed the attendees and gave a brief introduction to the Syrian International Business Association (SIBA), including its founding, establishment and its subsidiary, Siba Türk. He explained the objectives of the association, the principles and values ​​and the methods of work it adopts.

Read also: The key statements of Mr. Mahmoud Osman after his election as head of SIBA’s branch in Turkey

These include: the formation of working committees in different Turkish cities, organizating workshops, holding seminars and economic forums, and organizing training courses to raise the efficiency of members and improve the performance of their institutions and companies. This is in order to serve the main objective of the association, which is to bring together Syrian businessmen and entrepreneurs, to enhance cooperation and exchange of expertise between them, and to establish economic cooperation relations between them and their counterparts from different countries, and Turkish businessmen in particular.

Mr. Osman also emphasized that the management of the association is mainly concerned with protecting the interests of members, defending their rights and helping them to market their products internally and externally. Mr. Osman said:

Mr. Bilal Khalaf, member of the Board of Directors, spoke about the joint workshop between SIBA Türk participated and the International Labor Organization (ILO) on 15/05/2019 in Istanbul. He pointed out that there was an agreement between the two to organize similar workshops in nine different Turkish cities, addressed specifically towards Syrian businessmen and women.

Some of the members of the association spoke about their happiness at the meeting, and their confidence in the SIBA, and looked forward to more work and achievements.

Here are some pictures of breakfast:

During the ceremony, Mr. Mohammad Tharwat Sheikh Wassouf, Chairman of Abchorizon, gave a full scholarship to 50 trainees from Siba Türk to study one of the Turkish or English languages.

In the Ramadan atmosphere full of optimism, cooperation and hope for a bright future, Syrian businessmen and women talked and celebrated, under SIBA’s sponsorship, the oasis of the ever advancing Syrian business world.