The key statements of Mr. Mahmoud Osman after his election as head of SIBA’s branch in Turkey 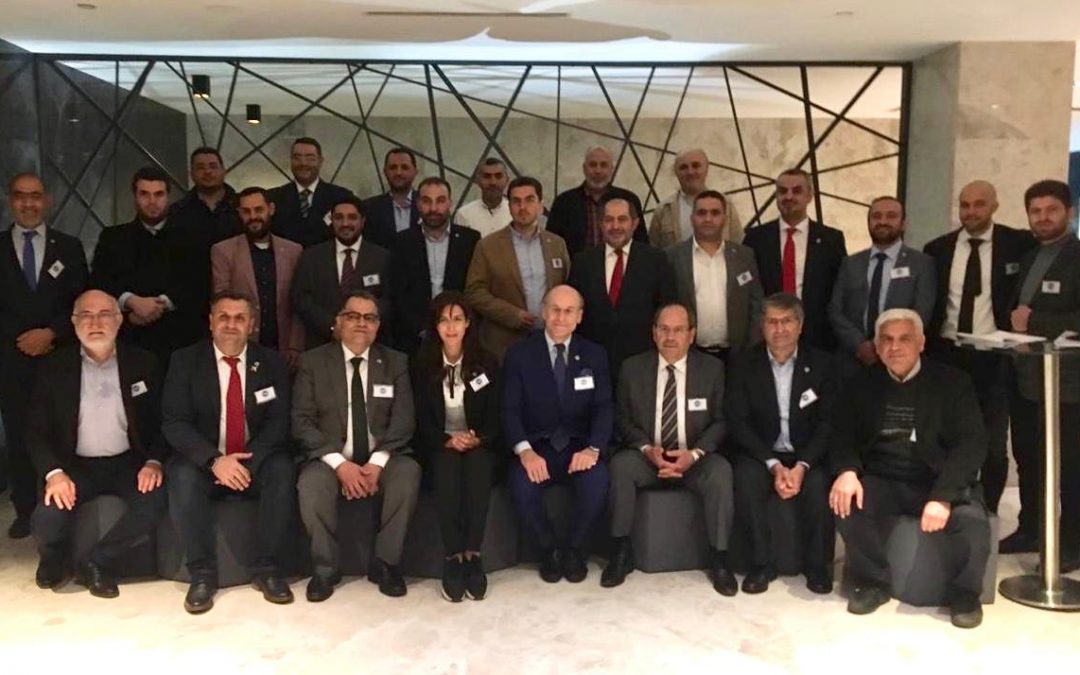 “I seek to represent and empower the Syrian business community in Turkey, and the association seeks to stimulate economic development opportunities for Syrian communities in Turkey and around the world.”

He also explained in his speech to Anadolu, that the message of the association is:

“Representing and empowering the Syrian business community in Turkey, creating jobs and integrating Syrian economic interests into the Turkish economy.”

Mr. Osman then pointed out that their aim is to be a “prestigious and credible representative organization of the Syrian community, stimulating economic development opportunities for members of the community around the world, as well as cooperation with Syrian businessmen in the world through coordination with the SIBA.” The association will also “coordinate activities and resources, as well as exchange of information, and build relationships and interconnected networks.”

Mr. Osman stressed that the establishment of the association was in response to an institutional need to coordinate and consolidate the efforts and interests of the growing and increasingly diversified Syrian business sector in Turkey.

“The presence of the association with organizational bases enhances the ability of the Syrian community, especially the business sector, to participate effectively with the Turkish government and international agencies that have allocated resources to help maximize Syrian economic potential, integrate into the Turkish economy and build sustainable technical skills for emerging Syrian entrepreneurs, youth and women.”

“The presence of an organized, united and professional association representing the Syrian community in Turkey will improve the image and prospects of Syrian business in Turkey and globally. It will help to accomodate the needs of the members of the association.”

We hope that this era is the continuation of the efforts of the Association in supporting the entrepreneurs in Turkey to help them to settle in a foreign environment.