AYA Animations: Children’s content that combines both fun and benefit 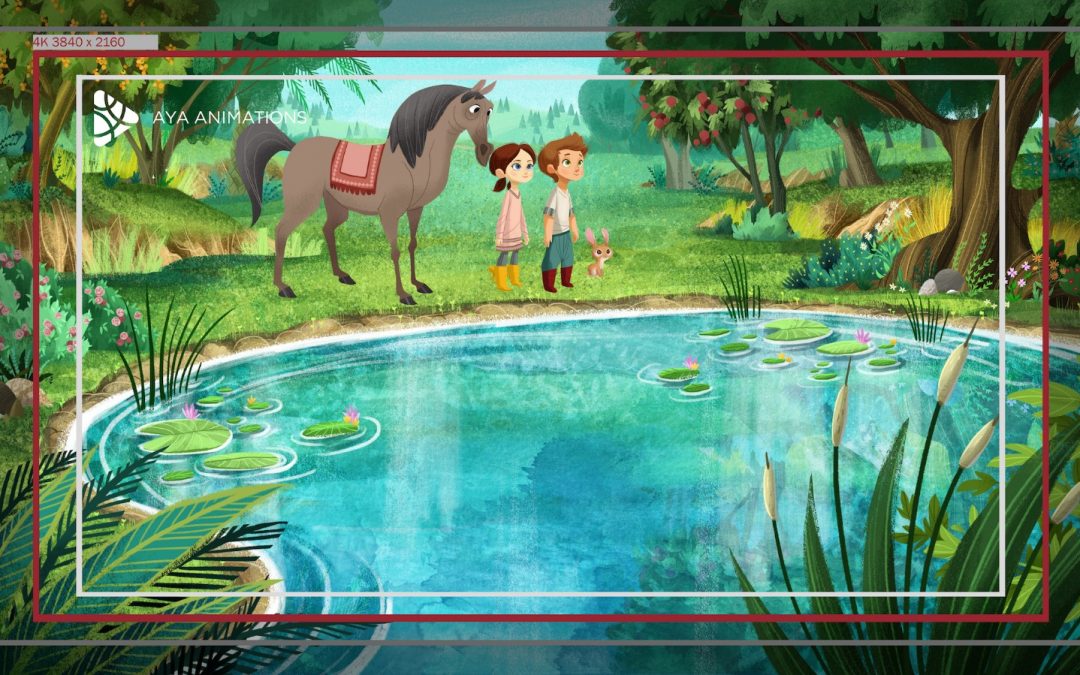 Finding content for children on the internet, that is engaging and educational is a challenge for parents everywhere. Undoubtedly if you are a parent, you have faced this screen-time obstacle before.

Sara Sawaf is a mother of two who found herself in the same predicament: in search of enriching content rooted in Islamic heritage that would engage her two children with a positive, uplifting message. Sara looked everywhere but found very few options she knew her kids would enjoy and learn from. This left her wondering – was there a gap in the market she could fill?

Ultimately, she decided that there was. Sara took matters into her own hands in 2015 and established AYA Animations, a values-based content production company offering edutainment for kids across multiple media.

Sara produced her first pilot episode ‘Sara&Fares’ which received overwhelmingly positive feedback. This set the foundation upon which Sara, alongside her newly appointed global team would build the soon-to-be released “Aya&Yusuf” series for kids.

read also: What Expectations Do Female Syrian Entrepreneurs Have of SIBA?

AYA Animations set out to create values-based content for children through engaging, fun experiences. The messaging and underlying theme of the episodes is derived from Qur’anic teachings but a core driver of their work is to share universal values that can be enjoyed by children of all backgrounds and faiths.

AYA Animations has plans to release books and lesson plans to promote moral education both at home and school. Through their work, Sara and her team aim to inspire a generation to lead a virtuous life performing good deeds.

In addition, the company seeks to create stories with universal values ​​that can be enjoyed by families of different faiths. The episodes focus on topics such as the importance of the family, helping the needy, self-reliance, social responsibility, gratitude, the environment and acceptance, as well as the celebration of God’s various creatures.

The AYA Animations team did this because they know just how impressionable children can be, and the purpose-driven content would not be upholding its values otherwise.

The “Aya&Yusuf” show is AYA Animations’ first series. The dynamic and compelling 2-D animation is developed for children ages 2 to 8 years old. The main characters Aya and Yusuf are adorable five-year-old twins with a passion for exploring the world around them – especially in the naturally lush and green environment they live in.

Aya is inquisitive and outgoing. She is as witty as she is smart, always laughing and finding pleasure in everything she does. Yusuf is attentive, generous, kind and is equally as adventurous as Aya.

Yusuf and Aya spend their days discovering the fertile countryside they live in, all while learning the valuable life lessons derived from the Holy Qur’an. Examples of these lessons include being patient, taking responsibility, protecting the environment, and accepting others for their differences.

What are you waiting for?! Watch the pilot episode on YouTube and let us know what your thoughts are. To stay up to date with the progress, you can follow AYA Animations on Facebook and Instagram.