Mohamad AlChaer is Syrian Businessman born in Damascus, Syria, in 1963 to a Damascene family. AlChaer’s father is famous for mastering accounting and trading. AlChaer was the eldest son of Badreddin AlChaer, and after secondary schooling, he studied at Damascus University in Applied Chemistry where he graduated in 1984. He continued his education and received a master’s degree in Chemical engineering from Geneva University in 1989 with scientific cooperation with German company Sasol. AlChaer lived in Syria until 2013; he currently resides in Jordan.

In 1984 AlChaer joined the company of his father Shaer Chemical Group as technical manager. In 1989 AlChaer was appointed as General Manager for Shaer Chemical Group. In the period 1989 – 2004 AlChaer succeeded in developing the company to become one of the leading detergent companies in the Middle East. In 2009 AlChaer with AlBaraka Banking Group established AlBaraka Bank in Syria. In 2010 AlChaer was elected as Chairman-deputy for AlBaraka bank – Syria. In 2013 AlChaer established Sigma Detergents Co & Diamond Overseas Trading Co in Jordan and Sigma Chemicals Co. in Lebanon

Mr. AlChaer serves on several organization boards and had an active supporting role in other organizations such as:

Mr. AlHamali serves on several organization boards and had an active supporting role in other organizations such as:

2008 – a member of the board of Syrian Exports Union
2009 – president of the exports committee in the Damascus Chamber of Commerce
2010 – Chairman of the board for the Syrian Exporters Union.
2015 – Co-founder of Wattan for the cultural and social development of Syrians in Egypt. 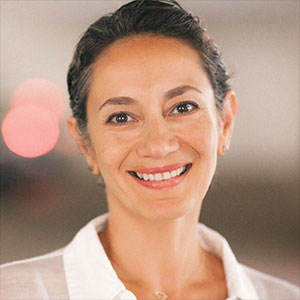 Rama applies 25 years of technical and communications experience to her passion: social development for Arab Youth. She runs VIP.fund with her co-founder Brian David, a venture philanthropy fund investing in youth programs and technology startups. In addition to running the VIP.fund, Rama is a principal with Turn8, a Tech Venture Capital Fund.

Prior to the VIP.fund Rama ran Baraka Ventures, investing in a portfolio of social impact and tech startups. Among the portfolio were BarakaBits, the first Middle East social publisher and news media focused on a positive narrative from the Middle East and Baraka Advisors, a communications agency managing PR for causes in the Middle East.

Prior to her work in the UAE, in 2000 Rama co-founded a startup that received $60,000 in funding to buildout data-centers. Prior to that Rama served as a director of product development at Cable and Wireless serving fortune 100 clients.

Rama served on the board of TechWadi, PCRF, PACES, The Impact HUB – UAE, Challenge to Change and Nakhweh. She advises other non-profits and social-impact businesses. She’s a founding member of Arab Women in Computing and the first regional Women Angel investment Network – WAIN. She currently serves on the board of the Syrian International Business Association.

Rama was featured in Forbes Middle East and Arab Women Rising, a Wharton School of Business Publication. She holds a bachelor’s degree in Computer Engineering and a Master’s in Engineering Management from George Washington University. 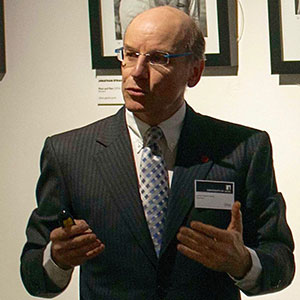 Mr Chamsi-Pasha joined his family’s Textile Industry in 1981 upon earning his Mechanical & Aerospace Engineering BS degree from the University of Pittsburgh. While at Pitt in 1979, he was awarded the Outstanding Achievement Award given annually to the highest achieving student in the School of Engineering. He continued his education in 1983-1985 graduating from the London Business School MBA program.

At Hield Bros, the textile manufacturing company, he spearheaded the company’s downstream expansion into Men’s fashion retail with the opening of stores in London, Kuwait, Riyadh, Osaka, and Chongqing in China.

In 2004, he also established Hield’s subsidiary in China which he still manages today as well as the worldwide retail side of the business.

Previously, Samer had served on the London Chamber of Commerce and Industry Council (1991-1994) leading at the time several trade missions, as well as being elected as Vice President of the Syrian Arab Association in the UK (1994-1996), the main Syrian Expat Community representative body in the UK.

Currently Samer serves as Vice President of International Humanitarian Relief (www.ihrelief.org) at its HQ in Vienna and travels extensively both for work and charitable causes. He speaks Arabic, English and French fluently and has basic knowledge of Spanish. For leisure, Samer plays soccer, skis, scuba dives and rides Harley motorbikes. 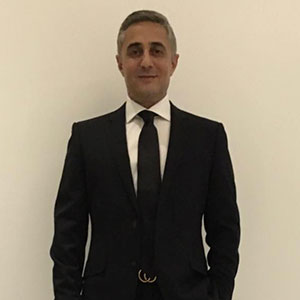 Mr. Charani studied Law at the University of Lebanon and in 2014 completed his Master’s of International Business Administration.

Mr. Charani’s experience spans various sectors and company development stages. He has started and supported many new ideas to grow and flourish into large businesses. His understanding of the requirements to make a startup company succeed through funding cycles enabled him to grow AccuMed practice management from an idea into a thriving business values at over 60 million AED.

Mr. Charani maintained a formidable track record managing and growing companies. As vice president of International Community Marketing he grew the company to over 700 employees and revenue exceeding $300 million. Previously, Mr. Charani served as a President of NetOne USA, raising capital to open new markets. He negotiated acquisitions and expanded the brand enabling the company to operate in new global markets including Canada, Australia Egypt and Costa Rica making NetOne one of the largest ethnic telecommunication companies in the USA.

Mr. Charani became an expert in setting up strategies for businesses wanting to expand into new markets, diversify their business and grow while managing their risk. As a founding partner of Accumed Practice Management, his firm provided consultin and management services for the medical facilities within the United Arab Emirates and gulf regions.

Mr. Charani recently has had a key role in enabling Blueshield Investment Company to become an incubator for over 50 companies worldwide. He is also a member of the Young Presidents Organization (YPO) that has allowed him the opportunity to build many business-to-business relationships.

Mumtaz is currently the CEO of Orbit Aluminum Industries, a company based in Aqaba specialized in the production of High Quality Coated Aluminum Coils and Industrial Coatings for Architectural and industrial applications.

Mumtaz has over 18 years of industrial management experience holding several positions within Daaboul industrial Group, he served as the Managing Director of Madar Coil Coating, Prior to that he spent four years working for Madar Aluminum Extrusion in a variety of positions starting as process engineer, project manager, and Assistant General Manager.

Mumtaz served on several nonprofit organization boards and had an active supporting role in other organizations such as:

Nasser worked in British banks and financial institutions for 12 years before he started his own finance and investment consultancy business in 2008. He has extensive experience in commercial and private banking, trade finance, and trading financial instruments including FX and derivatives. Nasser appears regularly on several news channels to comment on the financial market.

Nasser is very active in NGOs and charities. He is a board member of the Syrian Arab Association in the U.K. Established in 1991 which includes 400 members and Served as Member of the Executive Committee of The Arab Club of Britain 2005-2009.

Nasser helped establish the Local Welcome, Charity organization based in the UK and has active presence in Germany and several European Countries. Local Welcome aims to connect refugees to help them resettle and restart their career and education in their host countries. Furthermore, Nasser is the advisor to the board at Mosaic Initiative.

Nasser is the Deputy Head teacher at The Syrian Community School in London, a school that teaches the Arabic language on Saturdays .

Nasser is a member of the British Bankers association. He is non-executive Director at Innovative Technology And Science Ltd, Cambridge U.K.

SIBA.world is secure.
256-bit SSL encryption is protecting all of your digital transactions.