The Kazanjian Syrian Armenian Family: An inspiring story of success in the field of watchmaking 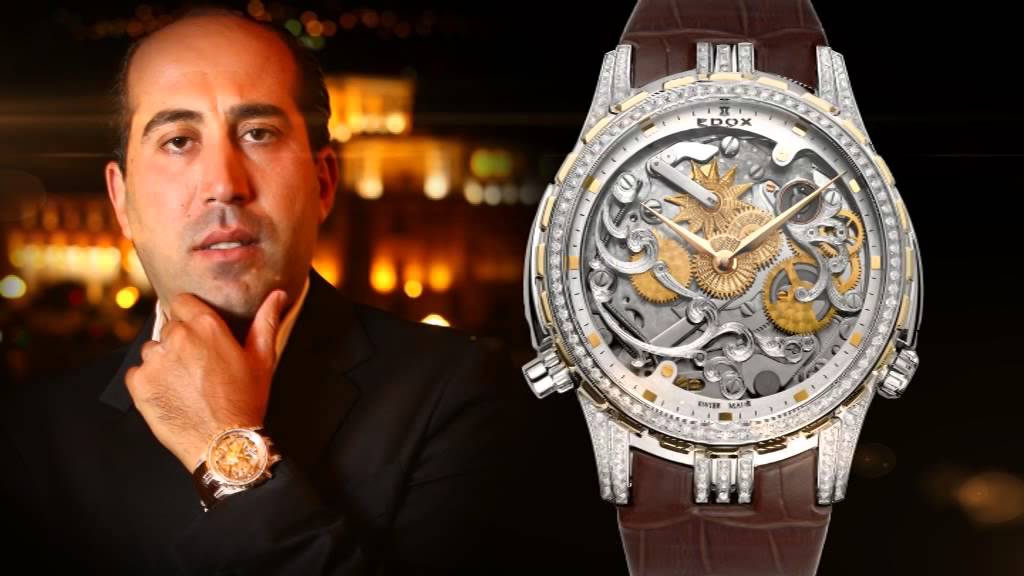 Swiss watches have become a symbol of precision and elegance across time, and have thus become the most famous watches in the world. Its industry has gained fame and status that is unrivaled. Only those with skilled watchmakers, with excellent precision and attention to detail, could lay claim to that profession. This industry has become the equivalent of jewellery making in its importance.

Swiss watches entered the Syrian market through a number of entrepreneurs. Some Syrians have taken up this profession and have excelled in it. A prime example of this is Mr. Jacob Kazanjian, owner of the inveterate company, Kazanjian Watches.

Kazanjian Watches is a lively example of thriving family businesses that were able to pass down a profession that requires a tradition of detail and accuracy, helping the company continue and expand.

History of Kazanjian Watches: Creativity from the womb of suffering

The company’s story started with the migration of a large number of Armenians to the Middle East, and especially Syria, where the Armenian population is largest, in the mid-20th century.  The daughter of a survivor named Aida had a passion for Swiss watches, and she saw a great future and opportunity. She dreamed of marrying a young watchmaker who shared her passion. The young woman later achieved her dream and married the watchmaker, Mr. Hakup Kazanjian, in 1975.

The marriage undoubtedly had and great effect on the company and its development, but the actual foundation of the company goes back to 1960, when Kazanjian Watches was founded in the city of Aleppo in northern Syria.

After founding the company and developing it, the family was determined to expand and create a network of distribution all around Syria. Thus, the Kazanjian family became one of the largest distributors of Swiss watches around the country. Yet, they didn’t stop there, but also expanded to the rest of the middle east, gaining unrivaled fame and reputation around the region.

An Excellent Family Business: From fathers to sons

Mr. Hakub Kazanjian and Ms. Aida Kazanjian passed on the profession for their children and daughters. Their younger son, Mr. Raffi, succeeded his father and desired to expand their business outside the Middle East and found his native homeland Armenia to be the perfect destination. Mr. Raffi moved to Armenia in 2009 and established a company branch in the heart of Yerevan, capital of Armenia.

In addition to the expansion to Armenia, the family is currently looking to establish a small plant in Switzerland. The eldest son of the family moved to Canada and the family’s daughter, Maral Kazanjian, moved to France to run the family business there.

Mr. Raffi is very interested in politics aside his passion for Swiss watchmaking. He says that he probably would have chosen political science as a career path had it not been for the family business. However, his passion for politics did not stop there and the events of the Arab Spring pushed him to continue his old dream as he applied to the Master’s programme in political science at the American University of Armenia.

“There is no contradiction between watchmaking and studying politics according to Mr. Raffi. He says “My decision to obtain an academic degree does not in any way affect my feelings towards watchmaking. Maybe because the glory of Swiss watchmaking flows in my blood parallel to my study. Therefore, I was able to continue and develop my business. Due to my effort, I was able to complete all my primary duties correctly and at the appropriate time. Of course, I follow watchmaking news as well as political news on a daily basis.”

The Kazanjian family is one of the best examples of struggling family businesses. At the same time, Kazanjian Watches history gives us a glimpse of the Swiss watch industry in Syria and often outperforms the same industry in many countries.